What are you looking for?

FREE SHIPPING to all major Canadian destinations for orders over $75.00 (excluding remote locations). All prices in Canadian Dollars (CAD).

Perlite or Vermiculite – What’s the Difference?

Perlite or Vermiculite – What’s the Difference?

Whether you are an avid gardener, or just starting off, you’ve probably asked yourself: “Perlite or Vermiculite – what’s the difference, and which one should I use?”

However, there are notable differences between the two, and depending on the type of plants, nature of the soil, and the purpose for which you may using these products, will determine which one is better suited for your needs. 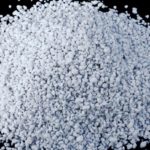 Perlite is a porous pumice-like material that looks like white granules. Sometimes perlite is mistaken for tiny plastic foam balls when used in potting soil mixtures. It is actually an amorphous volcanic rock that is rich in silicon. When prepared to be used as a potting medium or soil additive, perlite is crushed and also heated to expand the particles. The microscopic bubbles in perlite granules absorb and hold water as well, but they also hold air. 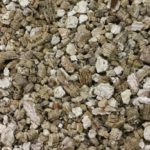 Vermiculite is a spongy material that is dark brown to golden brown in color. It is shaped like flakes when dry. It is an aluminum-iron-magnesium silicate that resembles mica in appearance. For use in horticultural applications, vermiculite is heated to expand the particles. This expansion enables it to absorb moisture when used as a potting medium or soil additive. Vermiculite can soak up 3 to 4 times its volume in water.

In summary, although vermiculite and perlite have some similar properties, they are not the same. When plants need more water-retentive soil or for seed-starting, use vermiculite. For plants that prefer quick-drying soil or for starting cuttings, use perlite.

To see a complete selection of our organic growing mediums and fertilizers, click here.